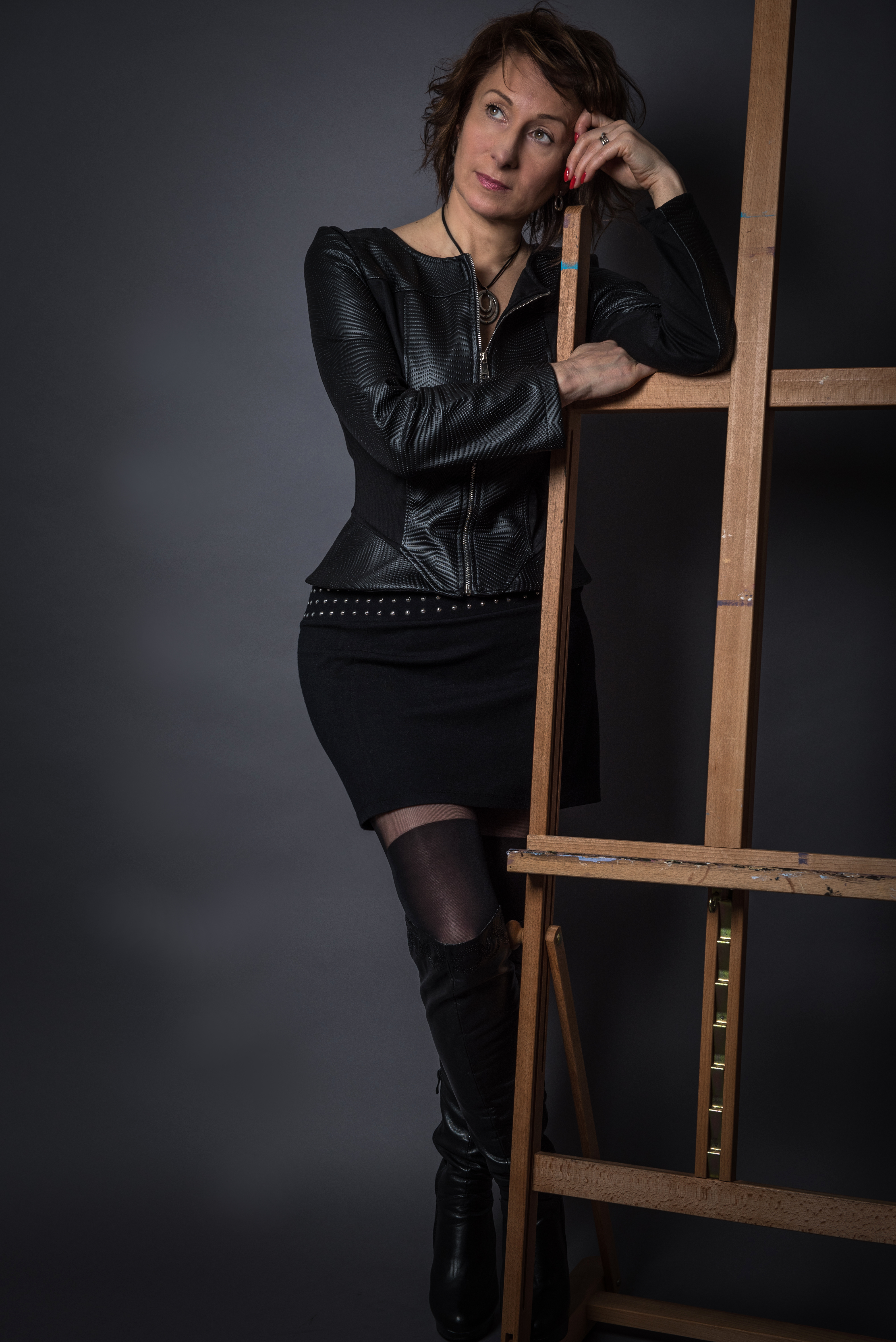 The biography of an authentic artist should be spared of any time date. The time of the art, as Vassily Vassilyevich Kandinsky said, has very little in common with conventional time. The artist seems to be old born, but on the other side remains a child forever, this because he is able to see (in detail and in whole) things that others can’t. The biography of the artist should be full of places, because – mentioning Kandinsky once more – the artist’s main goal should be to make  the viewer feel as he was there, like in an eternal present which is also infinite places. These could be places in within the soul: mountain tops, highlands, valleys, depths. If these latter are geographical locations where you can be with your body, it could probably be better since using your senses it’s possible to convey to the soul what the soul itself is eager to learn. This is undoubtedly true for Irina Ganiceva, being she born and raised just below the arctic polar circle. The first thing I asked, when I interviewed her, was if the shamanism cult was still present where she lived. She told me about the nomadic people who practice reindeer breeding and fishing into  rivers and the Barents sea for living, when the season allows it, since in winter the sea is completely frozen and in summer the water temperature never reaches more than 15° C. Once this situations has been agreed to, it is quite understandable that Irina, talking about the place where she was born, describes it as a land of shamans, full of wildlife, oil, gas, coal, gold, bears, wolves and eagles. From her house on a clear day you could see the Urals. Knowing this things about her past, is it a wonder if it took for her several years to settle down when she moved in a small town in Friuli Venezia Giulia. It is even less surprising when we assume that she studied in Arkhangelsk and in St. Petersburg, worked in Manchuria, in Vladivostok, and in the Sahalin Island on the Japanese Sea: in those places she came to know earthquakes, typhoons and every kind of people. One day, walking in the woods, she even had the chance to meet… a tiger! Then began the approach to the west, passing through Ukraine, and Italy, at last, in 1990.

Maybe it was the fate, but from this moment on, the path of Irina Ganiceva began to be more and more intimate, definitely taking the direction of art (dance, music, drawing). At the same time a desperate need to read, which probably was related to the need for spirituality that led her to investigate, among other things, Buddhism and rediscover the Orthodox Christianity. Finally  comes the “overpowering desire” – as she calls it – to paint. The first years Irina followed various paths, always looking for something of her own, something that defines her identity. Then, after a long pause (stopping is often necessary for anyone who wants to grow up quickly) she began a new style that is going to be, even in dense materiality, unbearably mild and vibrant. It is the style of an artist who listens and sees. When I asked Irina to satisfy my own curiosity, some information about different gender roles and relationships in Russia, she answered with a saying that struck me for its depth: “women love with their ears, men with their eyes”. Well, Irina paints (loves) from a woman’s point of view, she knows how to listen to the shouts and silences of animals, people, things. But inside herself there is also the man who sees, watches, observes, records. In this way, the synthesis is performed, the highest goal of every true artist.
Chiara Santagada